The Man of a Thousand Faces 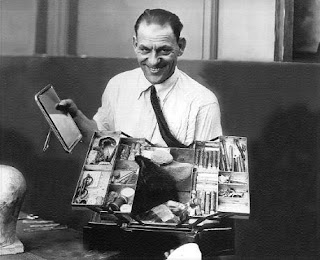 Lon Chaney's contribution to cinema is often overlooked except by die hard fans.  The man who used make-up and physical contortion bordering on torture to create characters not easily forgotten has only been picked for two entries, making him one of the most under-represented actor in "THE BOOK". 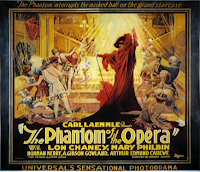 The Phantom of the Opera (1925)  No shortage of stars have since played Erik but they all owe Chaney a genuine reverie. His make-up alone at the time was reported to have triggered screaming AND fainting. 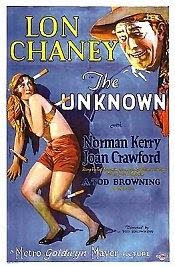 The Unknown  (1927): A circus story (and he did many if these) has Chaney as a fugitive.  He makes his living as an armless knifethrower who uses his feet.  It seems his character in fact is not armless and fools everyone by binding his arms to his torso.  Why would someone do something so drastic, why to hide the easily identifiable double thumb on his right hand.  Just seeing Chaney perform armless is worth the time.  This, however, is a very dark ironic story

Notable Exceptions: "London After Midnight", the ultimate LOST FILM, with the best chance of seeing it is on TCM, who presents a version that incorporates what little motion footage available with production skills and full intertitles to get as close as possible to the original movie experience.  Chaney's vampire was one of the creepiest for many decades, second only to Murnau's Count Orlock. "The Hunchback of Notre Dame". Long before Charles Laughton, Anthony Quinn, Anthony Hopkins or the Disney animated slush, Chaney's Quasimodo rang the bells silently and still was able to chime in as the best. The Blackbird may be one of his more physically demanding roles since he portrays a criminal's twin who's body is twisted to a degree that even watching him move is painful. In the past 4 years, thanks to TCM and Sonic DVD burners I have added about 26 Chaney titles to my home collection.
Posted by Ken Loar at 12:40 PM