I did not see it when it came out. I was turned off by the director. I knew Bob Clark was responsible for the "Porky's" movies and I really believe that they were a waste of my time. I believed that I was above them and did not expect that he could actually create a movie that would interest me. I know that sounds awful snobby. Since that time, I have watched the first two of the franchise and found them much less offensive and more structured then I expected.

Anyway, it was my older brother that first introduced me to "A Christmas Story" in 1987 and I have not stopped watching it yearly since. Although the story reflects a generation other then my own, (I would have been Ralph's age in the 60s) I still can see certain things in the family interaction and the child's daily life that reminds me of growing up in general. Being one of a whole class full of goobers, using avoidance to deal with bullies and wishing for something big that proves to be less then what you expected. I am constantly using the dialog and events of this movie in daily conversation, that affect intensifying as the holiday draws near. I have even been known to serve duck instead of turkey and I must say it get rave reviews. Although it is centered around Ralphie, for me it is Darren McGavin that makes the movie the most enjoyable. I see parts of my father in him. Hearing him working on the furnace reminds me of being present when my dad worked on cars. He got the job done but still found that a steady stream of expletives provide the added torque required to free a frozen nut. I wonder if my daughter sees parts of me in the movie father as well.

"A Christmas Story" will always have just as iconic a stature as any other film, holiday themed or otherwise, even eclipsing the Granddaddy of all Christmas movies "It's A Wonderful Life". And I will always remember that my brother Steven gave it to me as the ultimate gift that keeps giving.

Steven always seemed to be an inside source to some great hidden gems like Penelope Spheersis' "Dudes" starring John Cryer and "Pass The Ammo" with Bill Paxton and Tim Curry. Ironically both of these have NEVER been released on DVD and I was forced to make a transfer from VHS just to keep them in my collection. On the other hand Steven loved Steven Segal movies as well. Just goes to show you that there is no accounting for taste, good OR bad.

Notable Exceptions: With the coming of Robert Downey, Jr. as "Sherlock Holmes" I am reminded of Bob Clark's contribution to the Holmesian catalog with "Murder By Decree". Christopher Plummer is the detective (one of my favorite outside of Jeremy Brett) supported by James Mason as Watson. Holmes goes after Jack the Ripper, and was the first time I had ever seen the conspiracy theories tying the Ripper to the British royals on film.
Posted by Ken Loar at 7:20 AM 3 comments:

Love Me Tonight (1932) A early musical featuring the music of Rodgers and Hart, directed by Rouben Mamoulian is not as full blown as musicals would eventually become.  Maurice Chevalier is a lowly tailor who falls for a well stationed princess.  When the tailor presses an aristocrat to pay his unpaid bills, the deadbeat introduces the tailor to princess's family as a baron.  Not the first movie about love blossoming from different sides of the track, or maybe it really is.  Chevalier's performance of "Mimi" may have served as inspiration for a Flight of the Conchords song.

Trouble in Paradise (1932) Ernst Lubitsch directs a story of thieves and pickpockets that become part of a love triangle with a mark.

Inclusion of these titles in "The Book" is, in my humble opinion, a coin toss.  It's back story concerning the censorship of risque scenes and dialog in light of today's culture is probably the most interesting aspect.
Posted by Ken Loar at 1:04 PM 1 comment:

The Passions of the Other Mel

I had started reviewing Mel Gibson when I realized that his contributions were already covered in previous blogs(When Actors Direct & Once Was Definitely Enough), so rather then lose the killer title I am adapting it for Mel Brooks.

The Producers (1968)  I was an early fan of Mel Brooks and had loved "The Producers" decades before it was became an Off-Broadway musical sensation. The release of the musical is good, with Nathan Lane and Matthew Broderick providing wonderful performances, but Zero Mostel and Gene Wilder will always be my favorite Bialystock and Bloom.  Dick Shawn's LSD was a terrific salute to a bygone perception of the flower child.

Blazing Saddles (1974)  The first Brooks movie I ever saw and what a wonderful nonPC comedy.  With great performances all around.

Young Frankenstein (1974)  Mel Brooks broke the mold when he parodied the iconic genre film when he did this one.  From Gene Wilder's Dr. Fronk-en-steen, to Marty Feldman's Eye-Gor, to the Frau Blücher (hear those horses?) of Cloris Leachman and Peter Boyle's Monster this one is a keeper.  Must not shortchange Madeliene Kahn and her hot rendition of the Battle Hymn of the Republic.

Although Mel continued to provide laughs in his movies into the 90's they just were not up to the caliber of these three comic masterpieces.

Notable Exception:  A bit different from his other straight-forward comedy's is his "Twelve Chairs" with Ron Moody and a very young Frank Langella
Posted by Ken Loar at 10:39 AM 2 comments: 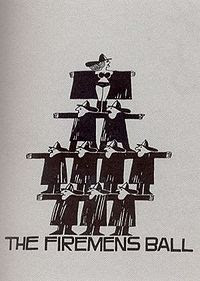 I found this one on the Independant Film Channel.  Be on the lookout for it.  Even if you are not a big fan of foreign films, the reading of the subtitles become almost unnecessary as the film unfolds.
Posted by Ken Loar at 9:51 AM 2 comments: