Where the hell am I supposed to find that??? 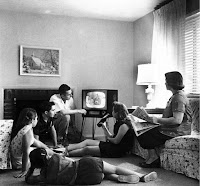 To all those movie fans out there who have taken "The Book" into their hearts and have endeavored to actually view the movies listed, I thought I would use this opportunity to give you a heads up on where I have found some of the harder to find entries.

Turner Classic Movies has been an amazing source for finding some of the great foreign films, silent gems and a few modern classics.  On the up side,  TCM does tend to run in cycles. If you miss something special that they may feature, with a little patience, you can almost guarantee that you will get another opportunity within a year. On the down side, many films from the so called "Golden Age" of Hollywood, tend to be repeated "ad nauseum" but since they publish their schedule three months in advance on their web site, a DVR can almost get filled to capacity of movies on the life list.  Another note of caution, if you have an Obsessive-Compulsive movie fan hiding inside you (as do I), it may lead to straying from the list.  My movie collection has hit about 2400 as I have used the 1001 as a springboard to greater collections of the "Big Three" of silent comedy (extensive catalog including feature films AND earlier shorts with Chaplin, Keaton and Lloyd ) 22 Lon Chaney movies, 10 Dreyer features, all things Marx Brothers and more Lang, DeMille, Griffith and Bergman then I can shake a stick at.

TCM has scheduled Oscar Micheaux's 1915 feature "Within Our Gates" for November 8, 2010 so if you have access to the best film channel available without a premium, you may want to set your DVR.

TCM.com offers a 3 month schedule.  I have added "La Roue", "The Phantom Carriage", "Killer of Sheep" and even "Faster Pussycat, Kill, Kill" by keeping up with their schedule and who knows what else you may find.

Public Domain website (www.archive.org) has many titles that are also available at TCM for immediate viewing.  While the video quality may not always be the best available, it may provide access to titles not available without purchasing.  The entire 10 chapters of "Les Vampires" have been recently added, and "Salt of the Earth" are just a couple of titles that you can find here.

Those pesky avante-garde titles are some of the hardest to locate but ubu.com proves a valuable tool.  Titles available here include "Flaming Creatures", "Blonde Cobra", "Hold Me While I'm Naked" and Jean Rouch's "The Mad Masters" (although so far it is limited to the original French WITHOUT English subtitles).  The down side with this site is that there are so many other films available, you can easily spend days in increments of 5 to 10 minute films, if you catch some kind of an experimental cinema fever.